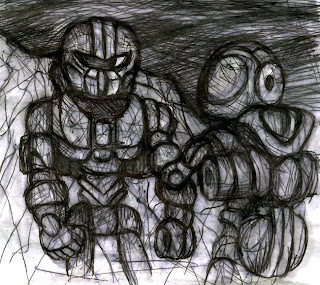 “With a few modifications I should be able to boost the strength of our portable receiver,” MT-106 suggested. “The troops could be operating out of our range on the other side of Glyos. Give me some time to do the work, and if there is a signal out there from our unit, I’ll find it.”
Newer Post Older Post Home